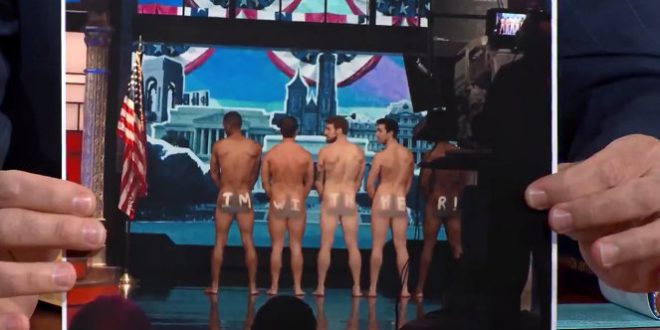 “One of the things I regret the least about that night, but I do regret, is that we had a whole packet of unused Clinton victory jokes. This was a whole other script we wrote in case you won,” Colbert said.

The packet included a video from pop musician Katy Perry and a picture of men with the words “I’m with her” painted on their backsides that would have been included on Colbert’s election night special on Showtime. “This is so touching,” Clinton responded, laughing.