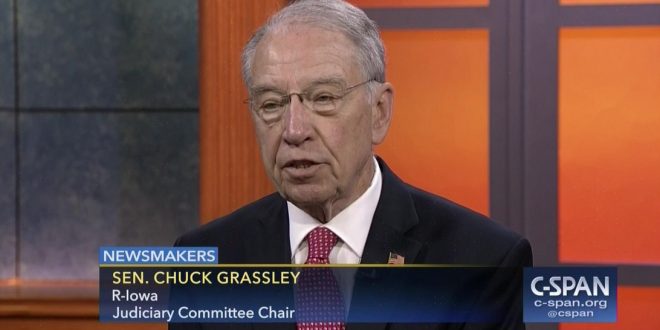 It’s not Trump’s fault if he wasn’t warned!

Sen. Chuck Grassley is asking the FBI if it warned Donald Trump that Paul Manafort, whom he brought in as campaign chairman in 2016, was being watched by the agency because of his dealings with pro-Kremlin figures. And if there was no such FBI warning, Grassley says he wants to know why. The chairman of the Senate judiciary committee made the request in a letter to FBI Director Christopher Wray on Wednesday. The FBI declined to comment.

“I write to inquire about whether the FBI ever provided the Trump campaign with a defensive briefing or other warning regarding attempts to infiltrate the campaign by people connected with, or compromised by, Russian intelligence,” Grassley wrote.

CNN reported this week that the FBI twice has obtained court permission, through so-called FISA warrants, to wiretap Manafort. One of those warrants was issued before Manafort joined the Trump campaign. “This raises the question of whether the FBI ever alerted Mr. Trump to the FBI’s counter-intelligence concerns regarding his campaign manager and others associated with the campaign — so that he could take defensive action to prevent the campaign from being infiltrated,” Grassley wrote.