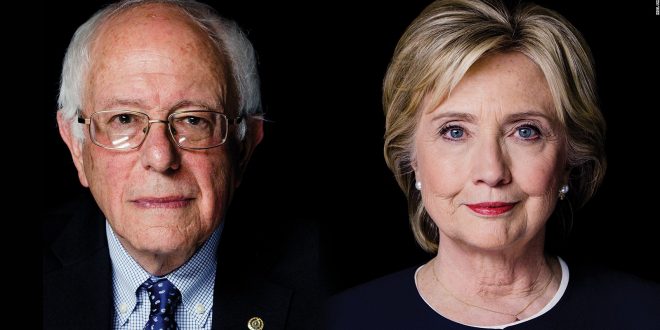 Feel the burned. Hillary Clinton torches her Democratic primary rival Bernie Sanders and blames him in part for her defeat in an excerpt from her upcoming memoir about the 2016 race.

In a passage from “What Happened,” Clinton accuses Sanders and the so-called “Bernie Bros” sect of his supporters for slinging mud on her that stuck through the general campaign — and, she says, buried her bid for the White House.

“Because we agreed on so much, Bernie couldn’t make an argument against me…so he had to resort to innuendo and impugning my character,” Clinton writes about the Vermont senator. Clinton also says the treatment she saw from Sanders’ supporters was “ugly and more than a little sexist.”

“When I finally challenged Bernie during a debate to name a single time I changed a position or a vote because of a financial contribution, he couldn’t come up with anything,” she wrote. “Nonetheless, his attacks caused lasting damage, making it harder to unify progressives in the general election and paving the way for Trump’s ‘Crooked Hillary’ campaign. “I don’t know if that bothered Bernie or not.”

Clinton continues: “He certainly shared my horror at the thought of Donald Trump becoming President, and I appreciate that he campaigned for me in the general election. But he isn’t a Democrat — that’s not a smear, that’s what he says. He didn’t get into the race to make sure a Democrat won the White House, he got in to disrupt the Democratic Party.”