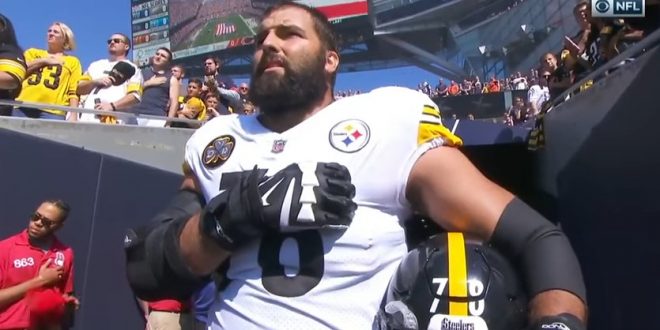 Alejandro Villanueva said he never intended to stand alone during the national anthem on Sunday and apologized to his teammates and coach Mike Tomlin for what he called “a very embarrassing” botching of the team’s pregame plan. “Every single time I see that picture of me standing by myself, I feel embarrassed,” Villanueva said. “We butchered our plan.”

Hit the link for the details on how Villanueva accidentally found himself alone. Below is Breitbart’s now-laughable headline. Steelers’ Alejandro Villanueva (who stood for anthem) is now the TOP selling jersey across all platforms-including https://t.co/X05bMQ3yTI