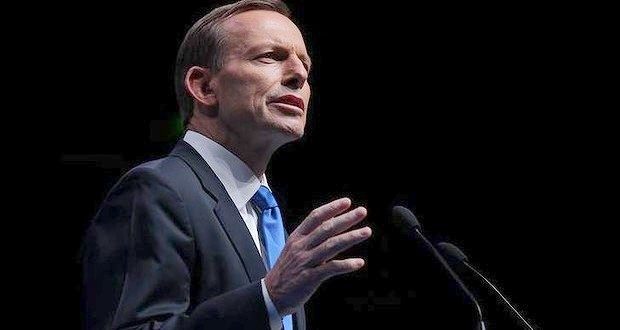 AUSTRALIA: Man Charged With Assaulting Former PM Tony Abbott Says It Had Nothing To Do With Marriage

The man charged with assaulting Tony Abbott has denied the alleged attack had anything to do with the same-sex marriage postal vote. Hobart DJ Astro “Funknukl” Labe, 38, was charged with one count of common assault on Friday over an alleged attack on the Hobart waterfront on Thursday afternoon.

Labe was wearing a rainbow “yes” badge when he allegedly asked Abbott to shake his hand before attempting to head-butt him on Morrison Street about 4.35pm. “I must state in no uncertain terms that this has nothing whatsoever to do with marriage equality,” Labe said.

Labe told the Guardian that he supported the “yes” case, but was not a campaigner. He had been drinking before the alleged attack. “My motivations were alcohol fuelled to a degree,” he said. “Someone had just stuck a campaign sticker on me. I’m not an activist but, of course, I believe in human rights and equality.”

Labe said he had not intended to cause embarrassment to the same-sex marriage cause, which he supports. “It was nothing really remotely to do with that. It’s just about Tony Abbott — the fucking worm that he is.

“All it was is I saw Tony Abbott and I’d had half a skinful and I wanted to nut the cunt.” Mr Labe admitted he had a same-sex sticker on his jacket, but that was a coincidence. “It was purely because a friend of mine had walked past handing them out and had stuck one on my jacket,” he said.