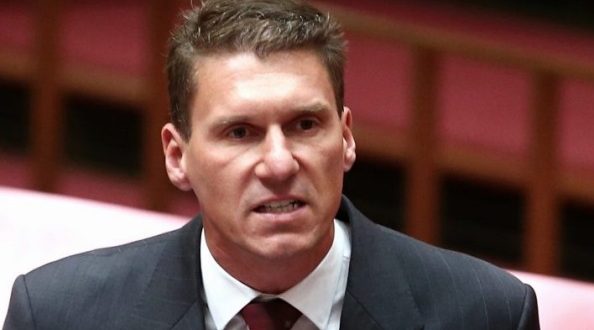 A robocall in which Cory Bernardi warns marriage equality will lead to “radical gay sex education” is set to target 1m homes. In several interviews on Thursday, Bernardi has confirmed the robo-call campaign slated for South Australia and Victoria, first revealed by Nine News.

He has said that Australian Conservatives will pay for the exercise but declined to confirm its reported cost of $50,000, or five cents a call. Bernardi defended the robocall on Sky News, arguing that because it asks constituents’ opinion of same-sex marriage it is “market research”, which he called the “stock-in-trade of politics”.

In a swipe at the yes campaign, Bernardi claimed the landline robo-calls were “not invasive like sending text messages to unlisted numbers or 12-year-olds telling them how to vote, I’m asking for their opinion”. Last weekend the yes campaign sent millions of text messages urging Australians to “help make history and vote yes for a fairer Australia” which resulted in 170,000 people clicking through to the voteyes.org.au website.

Many raising concerns about receiving unsolicited text message from Yes camp. Could have saved some money and not sent one to me #auspol

I’d say that a random phone call is more “intrusive” and “invasion of privacy” than a polite and short text message but hey I’m no expert pic.twitter.com/pW8d8lFqNd

Thinking a phone call is less invasive than a text message is some boomer ass shit pic.twitter.com/Acuin47yTj