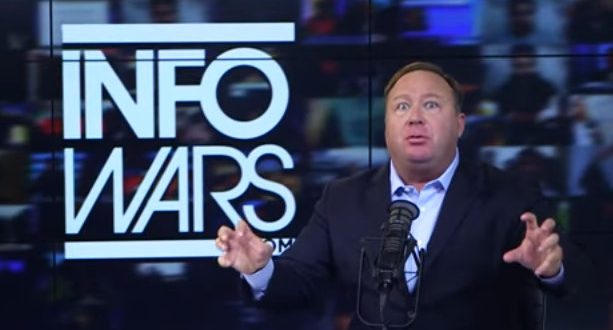 Alex Jones: Science Has Proven That The Majority Of Frogs In The United States Are Now Gay [VIDEO]

Alex Jones today doubled-down on one of his most infamous claims, one which has already been turned into countless hilarious memes.

“Proof! Gay frogs are real! Due to clips of me talking about it…they’re admitting that the majority of frogs in most areas of the United States are now gay. They don’t choose females, they go over to the male and then they go and live together.

“And then you read Brave New World, written in 1932, and he SAYS that’s the plan. They’re putting chemicals in the food and water and you look at men and women and you can’t tell what’s what most of the time!”

Previous Facebook To Hand Over Russian Ads: We Don’t Want Anyone Using Us To Undermine Democracy [VIDEO]
Next Kim Jong Un: Deranged Trump Insulted Me In Front Of The World And Will Pay Dearly For His Rudeness