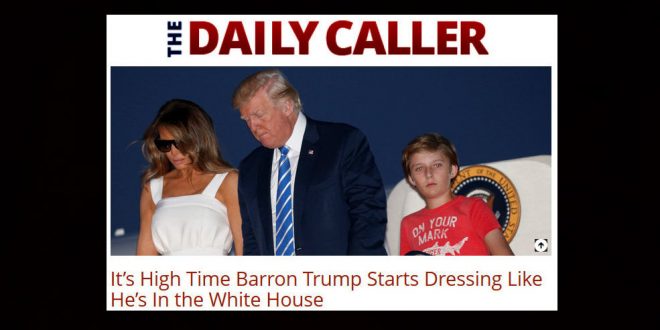 The White House is appealing to the news media for privacy for President Donald Trump’s young son, Barron. Stephanie Grisham, a spokesman for first lady Melania Trump, says the 11-year-old “deserves every opportunity to have a private childhood.” The request follows criticism of Barron in a column published by The Daily Caller, a conservative website.

The column criticized the boy’s attire of shorts, a T-shirt that said “On Your Mark Tiger Shark” and loafers without socks for Sunday’s return trip to the White House after summer vacation at the family’s home on Trump’s private golf club in central New Jersey.

Or he can just keep dressing like he’s 11. That would probably actually be fine. https://t.co/Trc1qV8KJZ

It’s high time the media & everyone leave Barron Trump alone & let him have the private childhood he deserves https://t.co/Wxq51TvgDX