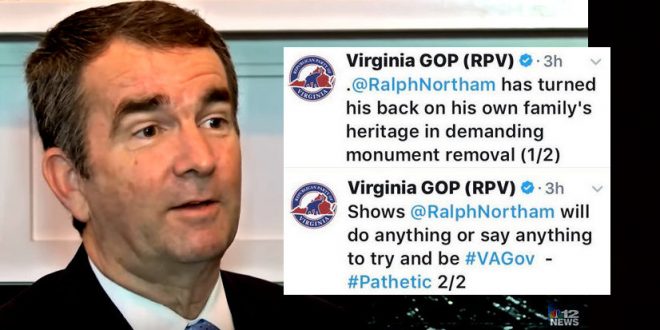 The Virginia Republican Party on Wednesday essentially deemed the state’s lieutenant governor and Democratic gubernatorial candidate Ralph Northam a race traitor for his call to remove Confederate monuments. Northam discovered earlier this year that his ancestors on Virginia’s Eastern Shore owned slaves. Several months later, he called for the relocation of Confederate statues to museums. Northam is currently running for governor against Republican candidate Ed Gillespie. The party later deleted the tweets and released a classic non-apology via a third tweet.

Our previous tweets were interpreted in a way we never intended. We apologize and reiterate our denunciation of racism in all forms.