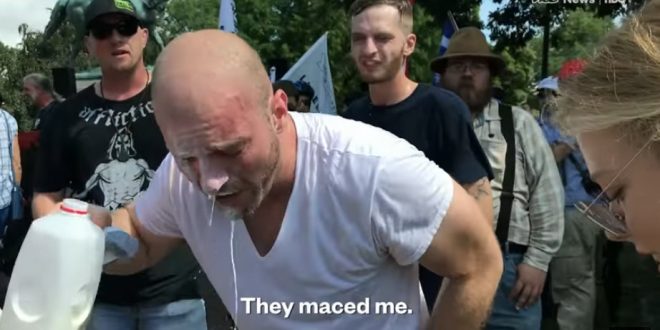 A 22-minute documentary released Monday on HBO’s Vice News Tonight offers a chilling look behind the battle lines in Charlottesville, Virginia, last weekend, with a reporter who embedded with some of the white supremacists who engaged in the violence that ended in the death of one counter-protester and two state troopers. The video has already received nearly 7 million views in the last 17 hours on Facebook.

“Charlottesville: Race and Terror,” follows Christopher Cantwell, an unabashed white supremacist who spews racist invective while traveling around with a band of neo-Nazis. Cantwell is a prominent “alt-right” shock jock who came to Charlottesville to speak at the “United the Right” rally. In the documentary, Cantwell and a posse of assorted white supremacists speak forcefully about the warped theories underpinning what they consider to be an impending and inevitable race war.