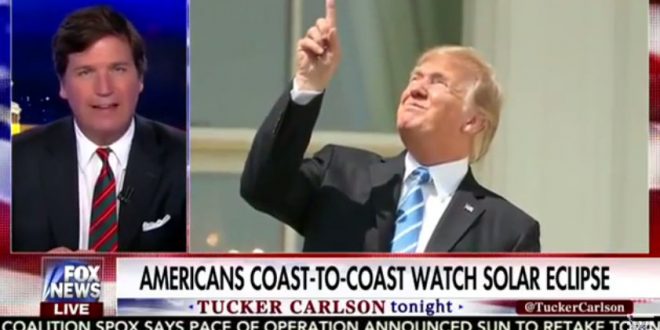 Tucker Carlson: Trump’s Eclipse Stare Was “Perhaps The Most Impressive Thing Any President Has Ever Done”

Life imitated satire on Monday night when Fox News host Tucker Carlson offered effusive praise for President Donald Trump’s ability to stare at the sun during the eclipse without protective lenses. “In a move that is not a complete surprise, he looked at the sun without any glasses,” Carlson gushed. “Perhaps the most impressive thing any president has ever done.”

Here’s just one example of the satire that appear on Twitter in advance of Carlson’s show.