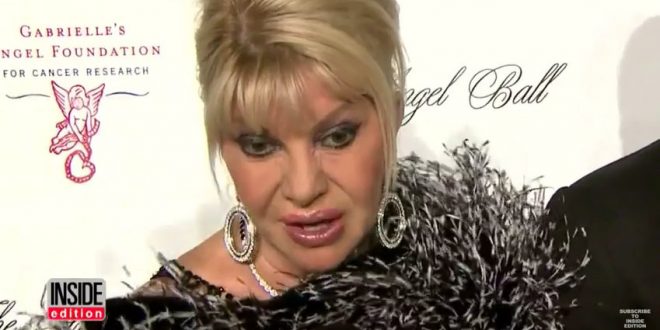 As Ivana Trump, the fashion model turned businesswoman and ex-wife of U.S. President Donald Trump, prepares for the October release of a new book about raising her children, she’s seeking approval from trademark officials to protect her name in various entertainment and business services.

Trump filed a request with the U.S. trademark office in late June to safeguard her name for books, celebrity promotion services, television and radio shows, and motion picture production, according to government filings. The trademarks were filed as an “intent to use,” and won’t be final until they’re proven to be in commercial use.

Trump holds four active trademarks for jewelry, eyeglasses, wine, and her website. She has abandoned numerous marks over the years in such categories as clothing, perfume, and bottled water. Robert Clarida, an intellectual property lawyer at Reitler Kalia & Rosentblatt listed on the trademark filing, declined to comment.