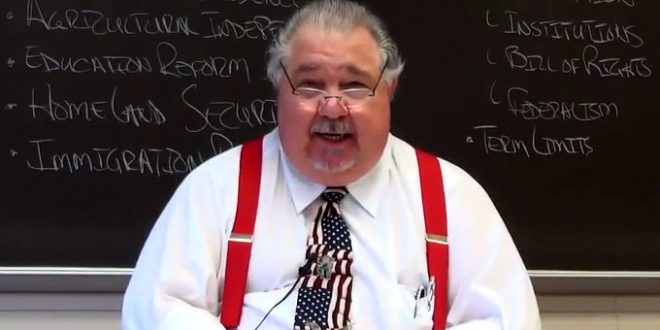 Sam Clovis, Donald Trump’s pick to be chief scientist for the Department of Agriculture, has argued that homosexuality is a choice and that the sanctioning of same-sex marriage could lead to the legalization of pedophilia, a CNN KFile review of Clovis’ writings, radio broadcasts, and speeches has found.

Clovis made the comments between 2012 and 2014 in his capacity as a talk radio host, political activist, and briefly as a candidate for US Senate in Iowa. His nomination has drawn criticism from Senate Democrats, who argue his lack of scientific background makes him unqualified for the USDA post overseeing science.

Asked for comment on Clovis’ beliefs surrounding the science of homosexuality, a USDA spokeswoman told CNN: “The Supreme Court settled the issue in 2015.” The White House did not respond to a request for comment.

Previous Loony Louie Gohmert: Virginia Gov. Terry McAuliffe Should Be Investigated For “Facilitating” Nazi Terrorism
Next GOP US House Candidate Warns That The Eclipse Is God’s Warning On Something Something 33 Something