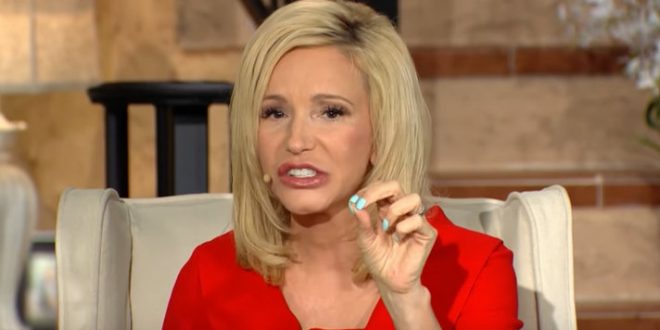 Trump Spiritual Advisor Paula White: When You Oppose Trump, You Are “Fighting Against The Hand Of God”

Right-wing prepper pastor Jim Bakker interviewed televangelist Paula White, who is one of President Trump’s key spiritual advisers, on his television program today, where she declared that opposition to the president is opposition to God and explicitly praised Trump for not sounding or acting presidential.

“Thank goodness,” she said. “In other words, he’s not a polished politician. In other words, he’s authentically—whether people like him or not, he’s been raised up by God because God says that He raises up and places all people in places of authority. It is God that raises up a king, it is God that sets one down and so when you fight against the plan of God, you’re fighting against the hand of God.”

Later in the broadcast, when White declared that Christians “were sent here to take over,” Bakker excitedly agreed, asserting “that’s why we have the president we have!”

On a completely related note, scamvangelical Paula White sells “resurrection seeds” for $1144, a price she claims was personally set by God.