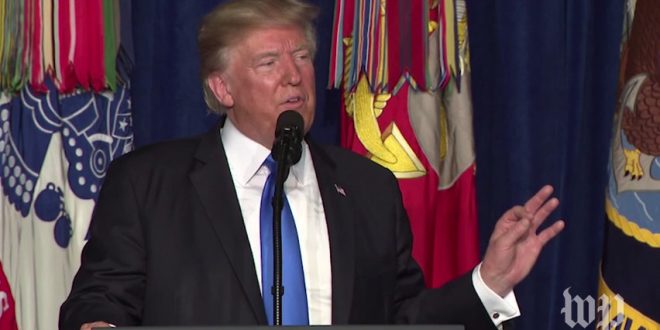 Years before running for president, Trump had a clear message on Afghanistan: It was time to get out. In 2012, he said the war was “wasting our money.” In 2012, he called it “a total disaster.” In 2013, he said, “We should leave Afghanistan immediately.” Trump continued his criticism of the war during the year and a half he campaigned for the White House.

But since becoming president, he has faced a different set of opinions. Defense Secretary Mattis and national security adviser H.R. McMaster, both generals with extensive battlefield experience in Afghanistan, warned Trump about the consequences of withdrawal and cautioned that any move in Afghanistan would have ripple effects throughout the region.

One of the ways McMaster tried to persuade Trump to recommit to the effort was by convincing him that Afghanistan was not a hopeless place. He presented Trump with a black-and-white snapshot from 1972 of Afghan women in miniskirts walking through Kabul, to show him that Western norms had existed there before and could return.

Trump ‘increased troops in Afghanistan after being shown a picture of women in miniskirts’ https://t.co/1SMZAJoOSR