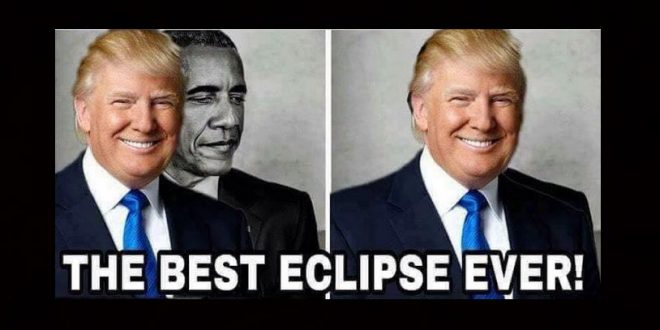 President Donald Trump today retweeted a meme that showed a picture of his gradually blocking out an image of former President Obama with the caption “The Best Eclipse Ever.” The meme was originally tweeted at Trump by a Twitter user who identifies himself as Jerry Travone, whose bio describes him as “a YouTube Actor and Political Junkie” and a “Proud Trump supporter and pushback against liberalism.” Trump retweeted the meme at 8:33 a.m. It came after Trump posted two tweets criticizing leaders of his own party: Senate Majority Leader Mitch McConnell and House Majority Leader Paul Ryan.