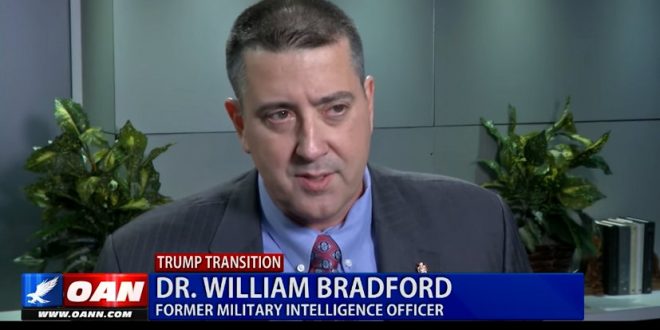 William C. Bradford, a Trump administration appointee who heads the Energy Department’s Office of Indian Energy, resigned Thursday after claiming this week inflammatory comments that appeared to have been made by him online were the result of hacking.

“William Bradford tendered his resignation this afternoon and is no longer with the Department of Energy,” said DOE spokesperson Shaylyn Hynes. On Wednesday, Democratic Sen. Ron Wyden sent letters to the FBI and the DOE requesting more information about Bradford’s claim that he was hacked.

The account that appeared to be Bradford questioned Obama’s birth certificate and called the former president’s mother “a fourth-rate p&*n actress and [email protected]!re.” In 2015, Bradford resigned as a professor at West Point after penning an academic paper that argued the US military should target Islamic holy sites as part of the war on terror.

For the real dirt on Bradford, go here. (Tipped by JMG reader TJ)