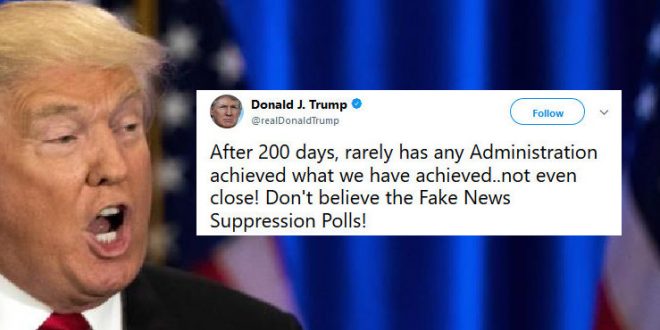 Last month Trump famously lied that he doesn’t “have time to watch TV” but he’s clearly been glued all day to CNN, where almost every half-hour block has concluded with a recap of their latest poll showing that nearly three-quarters of the country believes he is a compulsive liar. Trump has been tooling around his New Jersey golf course since Friday and has so far tweeted 36 times since leaving Washington. Congrats, chief of staff John Kelly!

After 200 days, rarely has any Administration achieved what we have achieved..not even close! Don’t believe the Fake News Suppression Polls!