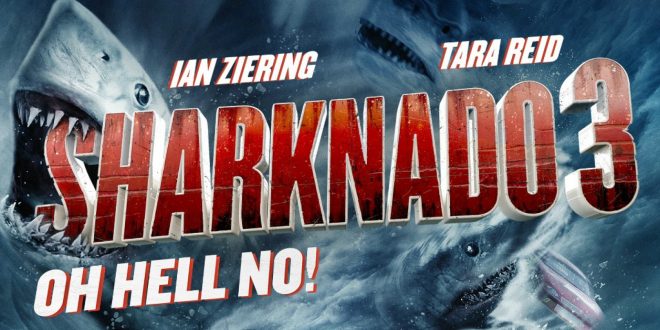 In January 2015, two years before he was sworn in as president, Donald Trump was set to step into the same role in a very different capacity: He had signed on to play the president in 2015’s Sharknado 3: Oh Hell No!

Producers’ first choice to play the leader of the free world in the Washington, D.C.-set disaster film was Sarah Palin, but negotiations with the former Alaska governor and vice presidential nominee had fallen through.

That’s when Ian Ziering, the gung-ho star of the schlocky Syfy franchise, had the inspiration to capitalize on the special relationship he’d developed with Trump while taping Celebrity Apprentice (Ziering made it as far as the penultimate task). His reality TV boss would make a good commander in chief, he reasoned. An offer went out. Almost immediately, it elicited a response.

“The Donald said yes,” recalls David Latt, the 51-year-old co-founder of The Asylum, the off-brand assembly line behind the Sharknado series. “He was thrilled to be asked.” Alas, Trump never did get to fend off a swarm of hammerheads in the Lincoln Bedroom.

Hit the link for much more. Ann Coulter ended up playing the vice president in the movie and in the clip below she recreates the famous Battle Of Iwo Jima image by spearing a shark with the American flag.