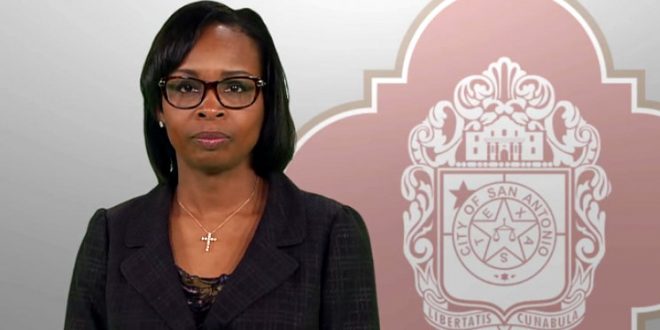 Mayor Ivy Taylor, soon after she lost her June runoff, filed a claim for unemployment benefits from the city of San Antonio through the Texas Workforce Commission, sources said. The city contacted Taylor after she filed the claim, the sources said, and recommended that she withdraw it because it would otherwise be rejected. Taylor tried, they said, but the Texas Workforce Commission would not allow the claim to be withdrawn. According to the Unemployment Compensation Act in the state’s Labor Code, elected officials do not qualify for unemployment benefits.

Taylor earned national ridicule earlier this year when she declared that the poor are “broken people” because they don’t “have a relationship with their creator.” (Tipped by JMG reader BK)