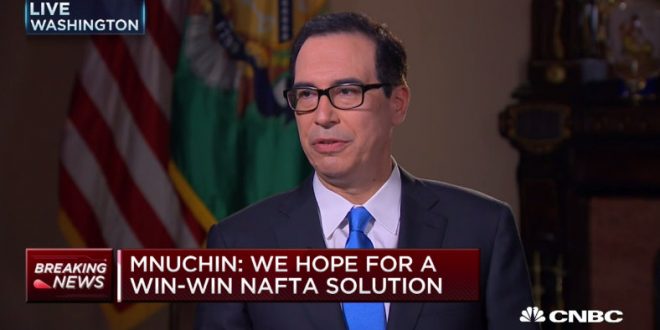 Treasury Secretary Steve Mnuchin put Harriet Tubman’s role on the $20 bill in question. Mnuchin told CNBC on Thursday: “Ultimately we will be looking at this issue. It’s not something I’m focused on at the moment.” Instead, he said he’s concentrating on making sure any tweaks to U.S. currency bills thwart counterfeiters.

“The No. 1 issue why we change the currency is to stop counterfeiting. So the issues of what we change will be primarily related to what we need to do for security purposes. I’ve received classified briefings on that. And that’s what I’m focused on for the most part,” Mnuchin said.

“People have been on the bills for a long period of time. And this is something we will consider. Right now, we’ve got a lot more important issues to focus on,” he added.  President Trump has made no secret of his admiration for Andrew Jackson. He even put a portrait of Jackson in the Oval Office. In past tweets, Trump has given a shoutout to Jackson.