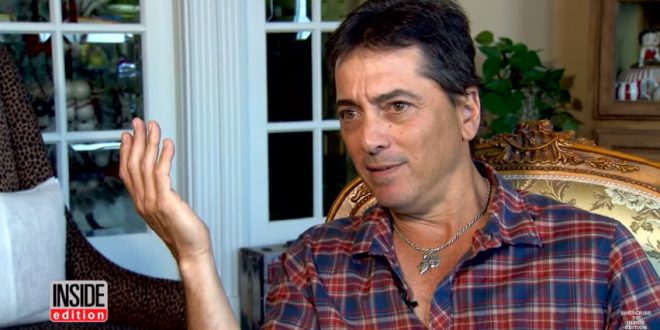 Trump superfan and Republican National Convention speaker Scott Baio, formerly in-charge as Charles of “Charles in Charge” and Chachi of “Joanie Loves Chachi,” wonders what his Twitter followers think of a meme suggesting Heather Heyer’s death is an anti-right conspiracy.

On Twitter, Baio shared a meme suggesting that Heyer’s mother Susan Bro is the same person as Donna Soto, the mother of teacher Vicki Soto, who was killed in the Sandy Hook Elementary School shooting in 2012 in Newtown, Connecticut.

Essentially, Baio shared a tweet suggesting that Heyer’s death, allegedly at the hands of a white supremacist, and the Sandy Hook shooting, are both hoaxes — and that the women speaking out in the media about them are actually one and the same.

And from the Hollywood Reporter:

“I don’t give a shit about Hollywood liberals,” he tells THR. “They’re gonna hate the guy no matter what. If he cured cancer, they’d be on him for putting oncologists out of business.” Baio is undeterred. “I don’t give a shit if I ever work again,” he says. “My country comes first. I guess I’m just an old, angry, successful white guy who stole everything he has from someone else.”

Thankfully the internet is forever pic.twitter.com/amZe2i1Xkn