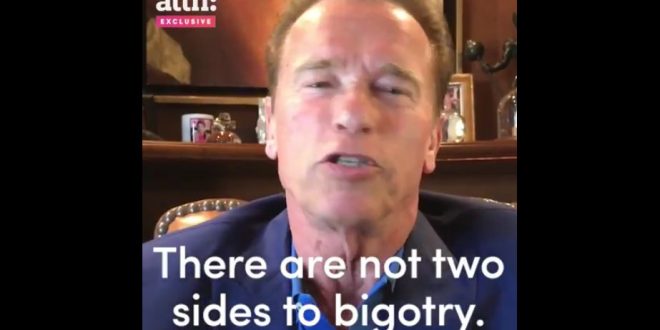 In the wake of the horrific events in Charlottesville last Saturday that left one anti-hate protestor dead and at least 19 injured, Arnold Schwarzenegger called out Donald Trump as well as “Neo-Nazis, the White Nationalists and the neo-Confederates” in a new video for ATTN:, an issues-driven media company.

Since Trump did not send an unequivocal anti-racist message, Schwarzenegger offered to write what he thought should have been communicated. “As president of the United States and as a Republican, I reject the support of white supremacists,” Schwarzenegger said in the speech he would’ve liked to have heard.

.@Schwarzenegger has a blunt message for Nazis. pic.twitter.com/HAbnejahtl