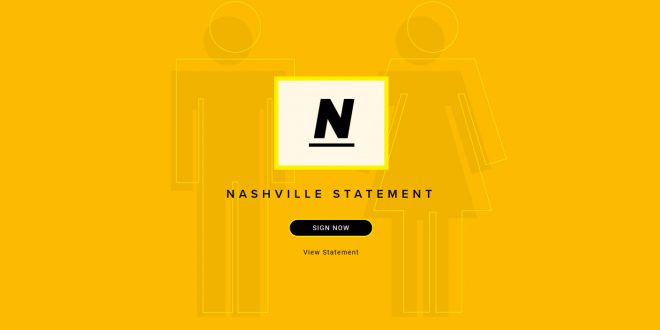 Evangelical Coalition: Fucking Is For Married Straights Only And Jesus Hates You If You Don’t Hate LGBTs

The Council on Biblical Manhood and Womanhood (CBMW) announced August 29th the release of The Nashville Statement, an evangelical coalition statement on biblical sexuality. CBMW convened a meeting of evangelical leaders on August 25th that was hosted by the Ethics and Religious Liberty Commission during its national conference.

The meeting included a coalition of scholars, pastors, and other leaders who discussed and endorsed The Nashville Statement. The statement, comprised of 14 affirmations and denials, addresses issues related to human sexuality, “in the hope of serving Christ’s church,” according to the statement’s preamble.

From the Nashville Statement:

WE AFFIRM that God has designed marriage to be a covenantal, sexual, procreative, lifelong union of one man and one woman, as husband and wife, and is meant to signify the covenant love between Christ and his bride the church.

WE DENY that God has designed marriage to be a homosexual, polygamous, or polyamorous relationship. We also deny that marriage is a mere human contract rather than a covenant made before God.

WE AFFIRM that God’s revealed will for all people is chastity outside of marriage and fidelity within marriage.

WE DENY that any affections, desires, or commitments ever justify sexual intercourse before or outside marriage; nor do they justify any form of sexual immorality.

WE AFFIRM that God created Adam and Eve, the first human beings, in his own image, equal before God as persons, and distinct as male and female.

WE DENY that the divinely ordained differences between male and female render them unequal in dignity or worth.

WE AFFIRM that the differences between male and female reproductive structures are integral to God’s design for self-conception as male or female.

WE DENY that physical anomalies or psychological conditions nullify the God-appointed link between biological sex and self-conception as male or female.

WE AFFIRM that those born with a physical disorder of sex development are created in the image of God and have dignity and worth equal to all other image-bearers.

WE DENY that adopting a homosexual or transgender self-conception is consistent with God’s holy purposes in creation and redemption.

WE AFFIRM that people who experience sexual attraction for the same sex may live a rich and fruitful life pleasing to God through faith in Jesus Christ, as they, like all Christians, walk in purity of life.

WE DENY that sexual attraction for the same sex is part of the natural goodness of God’s original creation, or that it puts a person outside the hope of the gospel.

WE AFFIRM that sin distorts sexual desires by directing them away from the marriage covenant and toward sexual immorality— a distortion that includes both heterosexual and homosexual immorality.

WE DENY that an enduring pattern of desire for sexual immorality justifies sexually immoral behavior.

WE AFFIRM that it is sinful to approve of homosexual immorality or transgenderism and that such approval constitutes an essential departure from Christian faithfulness and witness.

WE DENY that the approval of homosexual immorality or transgenderism is a matter of moral indifference about which otherwise faithful Christians should agree to disagree.

WE AFFIRM our duty to speak the truth in love at all times, including when we speak to or about one another as male or female.

WE DENY any obligation to speak in such ways that dishonor God’s design of his image-bearers as male and female.

There’s actually more of this bullshit than what I excerpted, but the overall message throughout is essentially, “Fuck you, LGBT perverts.” Note that they even got in attacks on intersex folks.

The signees of the statement are the usual constellation of vicious haters, including Tony Perkins, Russell Moore, James Dobson, David French, Eric Teetsel, John MacArthur, Albert Mohler, and a shitload of shitbags you never heard of.

We’re thankful for the thousands signing the #NashvilleStatement for the sake of clarity, truth, & love. You can too https://t.co/G5AMgg8R7O