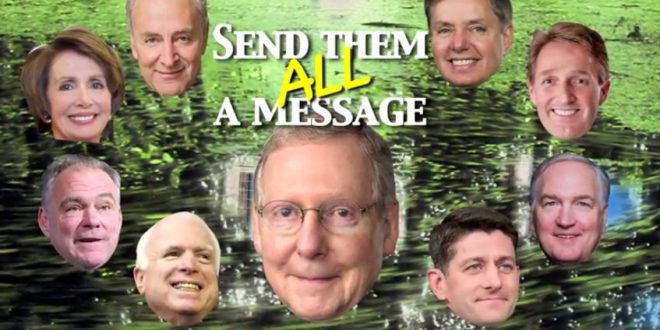 Emboldened by his perch atop the latest poll, Roy Moore is attacking Mitch McConnell’s “slime machine” in a new ad:

The 30-second ad spot echoes President Trump’s calls to “drain the swamp” in Washington and attacks the Senate majority leader for “spending millions to attack” Moore, an apparent reference to a Politico report that the Kentucky Republican’s super PAC is gearing up to spend as much as $8 million to back Sen. Luther Strange’s (R-Ala.) campaign.

“Why? We know why. We all know why,” the ad continues. “Roy Moore is honest and Roy Moore is his own man. And Roy Moore fears God, stands for the Constitution, fights for what is right and believes what we believe.