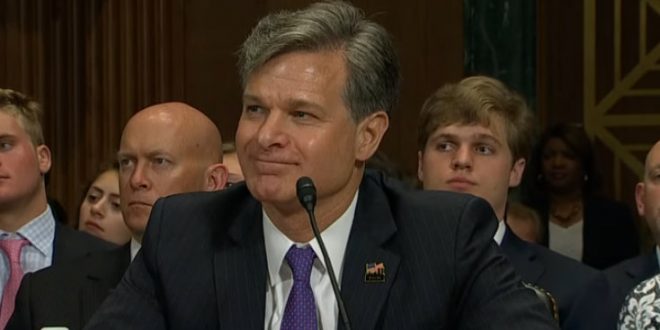 REPORT: Trump Blindsided Staffers With FBI Director Pick Because “He Was Simply Tired Of The Search”

John Kelly’s predecessor, Reince Priebus, complained privately about the president’s Twitter tactics and was often blindsided by his pronouncements. For example, advisers believed for days that Trump was likely to pick John Pistole as FBI director.

Inside the administration, three officials said, there was little initial support for Christopher Wray, the former FBI official who was New Jersey Gov. Chris Christie’s attorney in the bridge-closing controversy. “No one really was pushing for Wray,” one senior administration official said.

After talking extensively with Christie, who sold Trump on the former FBI official’s bona fides as a lawyer, Trump decided to go with Wray without telling others on staff, advisers said. White House officials waking up to the tweet were startled, and hurriedly wrote a news release to correspond to it. Much of the president’s inner circle knew little about Wray. Trump was simply tired of the search, these people said.