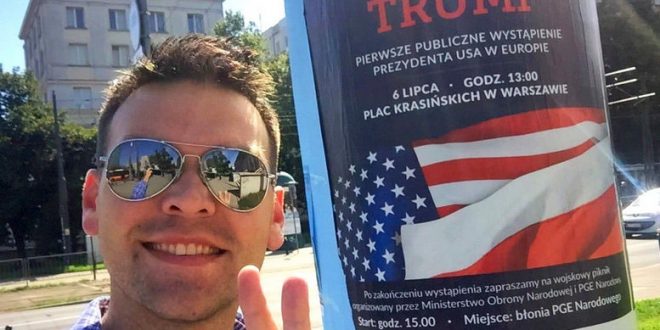 A right-wing activist who brought attention to debunked conspiracy theories — and who gained new prominence when he was retweeted by President Donald Trump this week — is a U.S. naval intelligence officer detailed to a reserve unit, Navy service records show.

John Michael Posobiec III’s security clearance is currently suspended, according to a U.S. official, who did not disclose the reason for the suspension.

He sometimes refers to his military service, most recently in a video posted this week in which he said it showed he is not a racist. Although he referred to multiple overseas deployments, his service record shows one: 10 months in Guantanamo Bay, Cuba, starting Sept. 11, 2012.