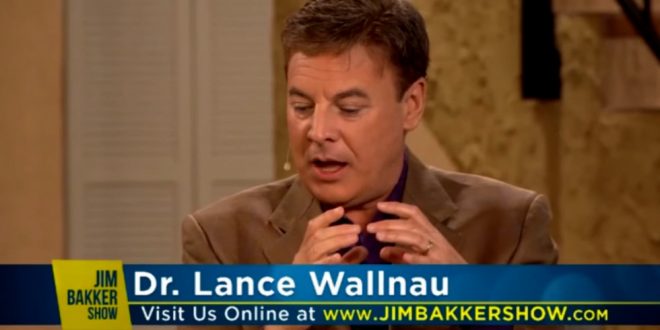 Right-wing preacher Lance Wallnau posted a video on his Facebook page last night in which he prayed in tongues for President Trump while blasting the song “Who Let The Dogs Out?”

Citing a prophecy from the book of 2 Kings that Jezebel would be devoured by dogs, Wallnau railed against “the Jezebel spirit” that is “working through the media to bring depravity and perversion” to America and prayed that “the hounds of heaven” would be let loose to destroy the “coup” being led against Trump by Robert Mueller.

With “Who Let The Dogs Out?” playing, Wallnau prophesied against the late night television hosts Bill Maher, John Oliver and Stephen Colbert, though he did not seem to actually know their names.

This might be the most unintentionally hilarious of Wallnau’s clips, mostly for the mangling of the above names and for the unhinged speaking in tongues that begins at the 3:00 mark.

Previous Pentagon Echoes Trump In Warning To North Korea: Cease Actions Before You Cause Your Own Destruction
Next Trump Attacks McConnell Over “Excessive Expectations”