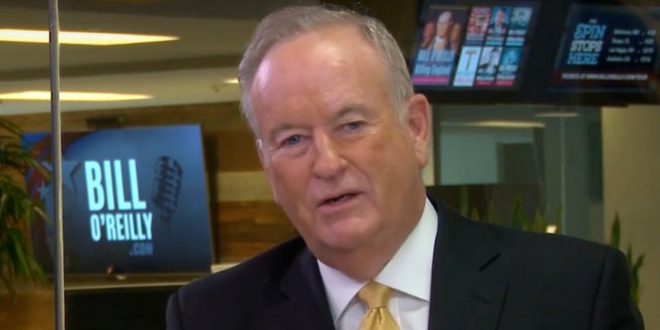 It’s not Fox News, but it’ll do for now. On Wednesday night, Bill O’Reilly made a first stab at what could become his regular gig: a 30-minute-long news show, shot inside a studio and made available online to premium subscribers to his website. The show will then be made available to the non-paying public on Thursday.

For the last few months, since leaving Fox News, O’Reilly has produced a daily No Spin News podcast that’s available only to subscribers. The goal of the studio show, he said at the end of the program, is to “bring everybody into the annual Premium Membership fold and spread the word.”

O’Reilly was dressed in a suit and wore a dress shirt made by a company that he advertised at the end of the show. During a commercial break on the program, he advertised his stage show with Dennis Miller and his ever-growing catalogue of history books.

Previous Man On Lengthy Golf Vacation During Nuclear Crisis Screams That Senate Leader Must “Get Back To Work”
Next NOAA: 2016 Was Planet’s Hottest Year On Record