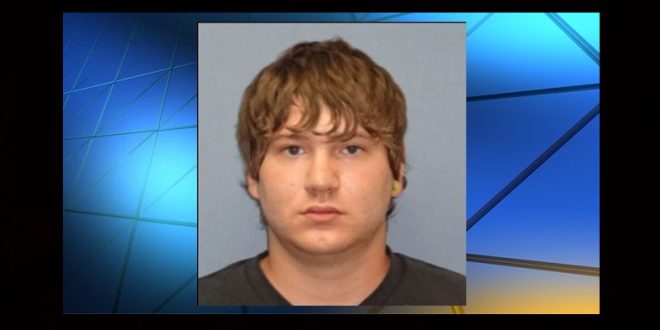 The FBI has arrested an Oklahoma man on charges that he tried to detonate what he thought was a 1,000-pound bomb, acting out of a hatred for the U.S. government and an admiration for Oklahoma City bomber Timothy Mc­Veigh, according to court papers.

Jerry Drake Varnell was arrested shortly after an early Saturday morning attempt to detonate a fake bomb packed into what he believed was a stolen cargo van outside a bank in Oklahoma City, according to a criminal complaint filed in federal court. He was charged with attempted destruction of a building by means of an explosive.

According to the complaint, over the course of a months-long undercover investigation by the FBI, Varnell made repeated statements about the extent of his hatred of the federal government.

He was part of an open group for an Oklahoma militia on Facebook. His likes page is filled with likes of musicians and movies; he’d also liked an anti-corporate page called The Other 98 Percent. Another of his likes is for a page called “P*ssed Off White Americans.”

The about me section of that page reads, “We are the sons and daughters of European Heritage, and we are tired of being treated as second class citizens. LOUD, PROUD, and very PISSED OFF!” He also liked the sites “Right Wing News” and “Stop Pulling the Race Card” as well as sites on the Illuminati and militias.

Jerry Drake Varnell. Where was he radicalized? Why didn't his fellow whites call the authorities? https://t.co/Sn3RtsQyoz

Jerry Drake Varnell attempted to detonate what he believed to be an explosives-laden van next to BancFirst in OKC https://t.co/7fkarfKzGR