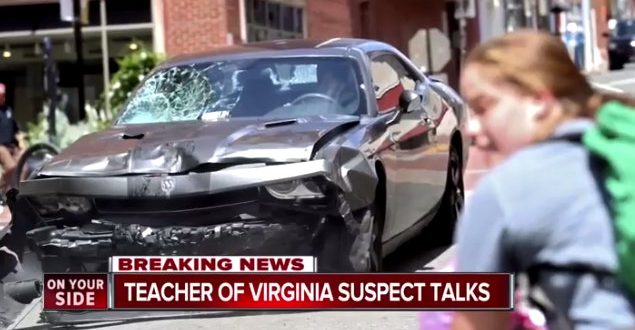 The man police say rammed his car into a crowd of people protesting a white nationalist rally was “very infatuated with the Nazis,” according to one of his high school teachers. James Alex Fields Jr., 20, also wanted to join the Army but wasn’t allowed to enlist because of his mental health history, the teacher said.

Derek Weimer, who taught history to Fields at Randall K. Cooper High School in Union, Kentucky, said he was a quiet, respectful student but had some “radical ideas on race.” Field’s mother, Samantha Bloom, told The Associated Press on Saturday night that she knew her son was attending a rally in Virginia but didn’t know it was a white supremacist rally.

According to the teacher, Fields was rejected by the military for his history of being prescribed “psychotic medications.”