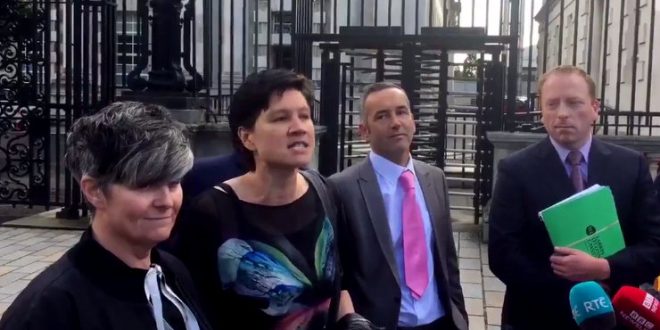 A high court judge in Belfast has ruled the ban on same-sex marriage in Northern Ireland is lawful. Mr Justice O’Hara ruled on two separate cases that were heard together due to the similarities of the arguments.

Both cases were rejected by the Judge, insisting the ban did not violate the rights of LGBT couples in the region. The Judge also ruled it is lawful to continue to downgrade same-sex marriages to civil partnerships when couples move to Northern Ireland.

The couple’s solicitor Ciaran Moynagh said: “Of course, we are disappointed by today’s ruling. What it shows is that more work needs to be done to explain a truth that, to us, is self-evident; the love two men or two women share is never a threat to society – in fact the world could do with a little more love today.

“Today we are calling on the mums, dads, siblings and friends of LGBT+ people to no longer remain on the side lines. Speak, write or tweet to our political leaders reminding them that the majority of people in Northern Ireland support same sex marriage.”