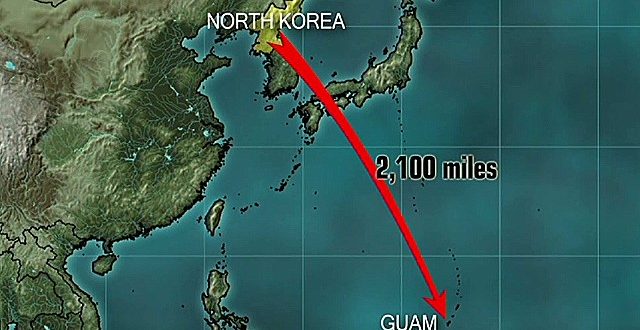 North Korea said on Wednesday it is “carefully examining” a plan to strike the U.S. Pacific territory of Guam with missiles, just hours after U.S. President Donald Trump told the North that any threat to the United States would be met with “fire and fury”.

A spokesman for the Korean People’s Army, in a statement carried by the North’s state-run KCNA news agency, said the strike plan will be “put into practice in a multi-current and consecutive way any moment” once leader Kim Jong Un makes a decision.

In another statement citing a different military spokesman, North Korea also said it could carry out a pre-emptive operation if the United States showed signs of provocation. Earlier Pyongyang said it was ready to give Washington a “severe lesson” with its strategic nuclear force in response to any U.S. military action.

Two major US military bases operate on Guam and take up about one-third of the territory’s land.