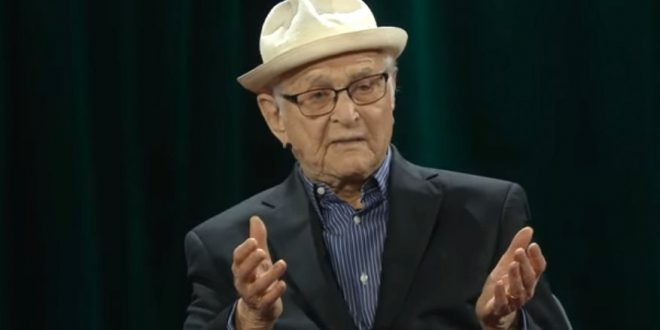 The list of honorees for the first Kennedy Center Honors of the Trump administration has been released and unsurprisingly, things have already gotten political.

The 40th annual award recipients include the groundbreaking television writer and producer Norman Lear, the immigrant singer-songwriter and actress Gloria Estefan, and the hip-hop star, LL Cool J. They will be joined by the musician and record producer Lionel Richie as well as the dancer and choreographer Carmen de Lavallade. In keeping with tradition, President Trump and the first lady, Melania Trump, will host a White House reception in December for honorees before appearing alongside them at one of Washington’s red-carpet events, the Kennedy Center Honors gala.

“This is a presidency that has chosen to neglect totally the arts and humanities — deliberately defund them — and that doesn’t rest pleasantly with me,” said Mr. Lear, the creative force behind pivotal sitcoms, including “All in the Family” and “The Jeffersons,” that created political conversation in American households. He also founded People for the American Way, a nonprofit organization advocating against right-wing extremism. Mr. Lear said he had already informed the Kennedy Center that he would forgo the White House reception, a rare move in the Honors’ 39-year history.

People For The American Way is the parent of Right Wing Watch, so you can all thank Norman Lear and his tireless RWW staffers for all these years of important JMG content.

The other honorees all plan to attend the White House reception. Gloria Estefan says that she intends to bend Trump’s ear about the contributions immigrants have made to the United States. In 2015 Estefan and her husband were awarded the Presidential Medal Of Freedom by President Obama.

If anything can bring us hope & encouragement in these difficult times, it has to be the arts and humanities. TY @kencen for this honor. pic.twitter.com/nWD7aFTdzx

To be the first rap artist honored by the @kencen is beyond anything I could have imagined. Dreams don't have deadlines. God is great. pic.twitter.com/NQHUg4YIzo

ThankU and I am honored 2 be receiving this prestigious award in the company of such talented & well deserved people! @kencen https://t.co/NPVyhG1iKT