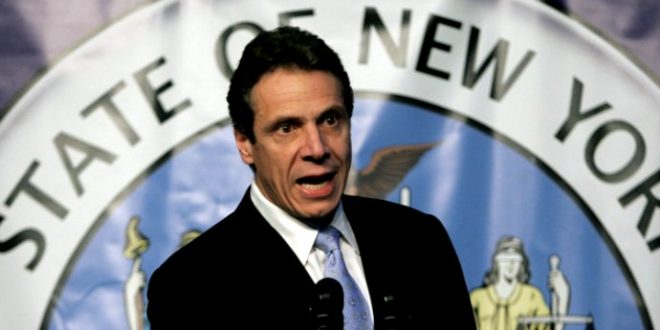 In the wake of the deadly hate march in Charlottesville, Va., Gov. Cuomo said Tuesday he will introduce legislation designed to prevent a similar situation in New York.

The bill being drafted would add to the state hate crimes law the new offenses of rioting and inciting to riot when the actions target protected classes. The penalties for engaging in rioting that’s deemed a hate crime would carry tougher felony sanctions under the plan.

Cuomo is dubbing the proposed change the “Charlottesville provisions” and said it is designed to “reaffirm that while peaceful demonstrations are allowed, New York will never tolerate advocacy or the incitement of imminent violence against protected classes within our communities.”

Previous Former Presidents Bush I and Bush II React To Trump: America Must Always Reject Racial Hatred In All Forms
Next Charlottesville Nazi Sobs On Camera After Being Told He’s Wanted By The Police: “I’m Terrified!” [VIDEO]