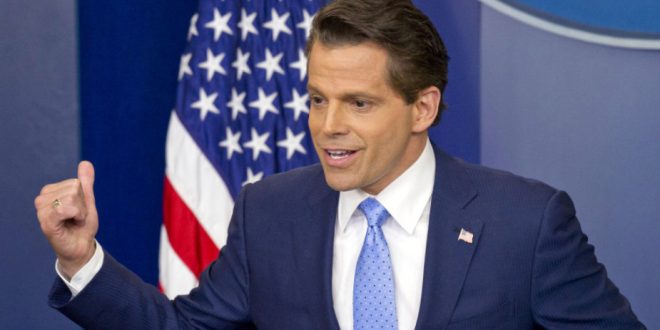 The Mooch To Tell His Story In Live-Streamed Event

Anthony Scaramucci wants to tell his own story. Following his departure from the White House after less than 11 days as communications director, Scaramucci will be hosting an online event on Friday where he will address the American people directly.

Scaramucci said this daytime event — which will be broadcast on various live platforms with help from former Fox News co-president Bill Shine — will give him the opportunity to reach and communicate with the President’s base.

Although his time as communications director was notably short, Scaramucci told CNN he only anticipated being in the position six to nine months. Scaramucci said he was brought into the White House as a “special purpose vehicle” to disrupt the culture of leaking and counterproductive infighting.

We’ve also got this revelation:

Sacked White House communications director Anthony Scaramucci had high hopes for improved relationships with reporters, according to a memo posted online. The document lists five priorities for the communications staff, including to “Improve the culture” and “Fill the content void”.

In the memo, which emerged on Wednesday, Mr Scaramucci wrote that Donald Trump “can choose to fight with the media, but Comms can not”, and even suggested “a constructive ‘complaint box’ for the media to make complaints”.

It says the office needs to “humanise” Mr Trump and suggests “a national online lottery to play a round of golf with him … or a charity auction”. Mr Scaramucci also calls for “video content that constructively operates as ‘The President Donald J Trump’ show”.