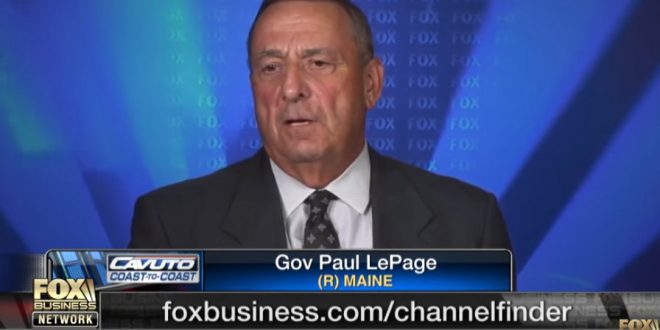 Maine Gov. Paul LePage (R) on Thursday defended President Trump’s claim that “both sides” were responsible for the violence that erupted at a white supremacist rally in Charlottesville, Va., over the weekend, comparing Confederate memorials to those put up to honor the victims of the Sept. 11, 2001 terror attacks.

“I think what they are standing for is equally as bad. They are trying to erase history,” said LePage, a Republican and staunch Trump ally who has garnered a reputation for making controversial and inflammatory statements. “How can future generations learn if we’re going to erase history? That’s disgusting.

“Listen, whether we like it or not, this is what our history is,” he added. “And to me, it’s just like going to New York City right now and taking down the monument of those who perished in 9/11. It will come to that.”