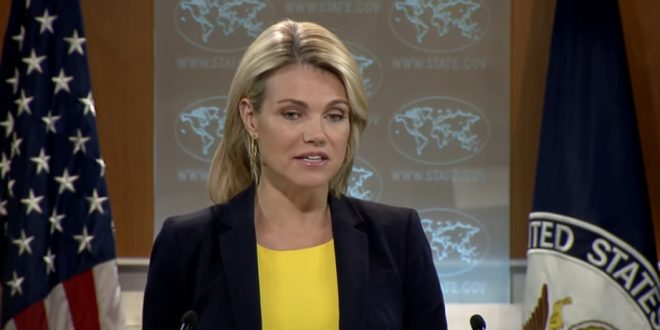 State Department spokeswoman Heather Nauert will hold a briefing Wednesday on the heels of tense exchanges between the U.S. and North Korea. A day earlier, President Trump threatened North Korea with “fire and fury” in response to reports of a new milestone in the country’s nuclear quest.

Previous Trump Attacks McConnell Over “Excessive Expectations”
Next Stephen Miller: Trump Is The Most Gifted Politician Of Our Time And The Best Orator In Generations [VIDEO]