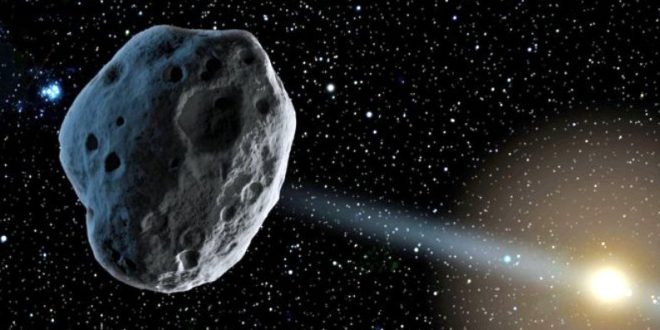 A large rock will fly past Earth on Sept. 1, 2017, at a distance of 4.4 million miles (7 million kilometers). Asteroid 3122 Florence, named after modern nursing founder Florence Nightingale, is the largest object to make a close-encounter since NASA began tracking near-Earth objects (NEO) in the 1990s.

“While many known asteroids have passed by closer to Earth than Florence will on Sept. 1, all of those were estimated to be smaller,” said Paul Chodas, manager of NASA’s Center for Near-Earth Object Studies (CNEOS) at the agency’s Jet Propulsion Laboratory in Pasadena, California.

Florence is estimated to be about 2.7 miles (4.4 kilometers) in diameter. Were an asteroid of that size to strike Earth, it would have worldwide effects. However, this particular rock is not expected to present a risk of collision with the planet anytime soon as its next close approach will not be until after the year 2500.

Scientists say Florence should be visible with 50mm binoculars or stronger and with most consumer-grade telescopes.