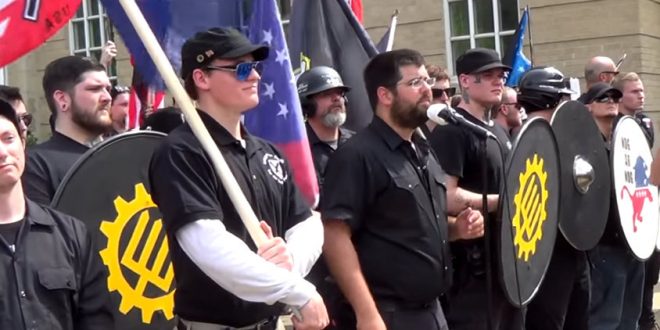 KENTUCKY: White Nationalist Groups Plan “Flash” Rally So That Counter-Protesters Have No Time To Organize

White nationalist groups might hold a flash demonstration in Lexington to protest moving two Confederate statues from the lawn of the former Fayette County courthouse instead of a publicly announced rally, according to an organizer.

Matthew Heimbach, chairman of a white nationalist group called the Traditionalist Worker Party, told the Herald-Leader last week that his group and others were planning a rally in Lexington to oppose the removal of statues in downtown Lexington. When asked this week whether he had picked a date for the event, though, Heimbach said it probably will be a “flash demo.”

He confirmed that that meant an event with no public announcement of the time or place. He said an alliance of several white nationalist groups called the Nationalist Front would carry out the demonstration. Heimbach didn’t provide other details.