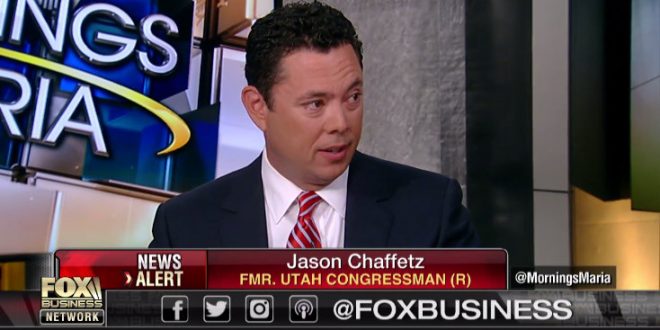 The irony of this one did not escape us. Monday morning on Fox Business, former House Oversight Committee Chairman Jason Chaffetz was incensed over the idea that the Senate would leave early with such a lengthy list of things to do.

“It’s infuriating,” Chaffetz said. “[Senate Majority Leader] Mitch McConnell went out in July and touted that the Senate was gonna stay in session through the end of next week. And yet, they adjourned early. And when you have 12 legislative days on the calendar, going through September, and you have to go through the long list you just highlighted how do you go home?”

Previous ALABAMA: Roy Moore Demonstrates Support For Second Amendment By Brandishing His Wife’s Pistol
Next NEW JERSEY: Trump Interrupts His Totally “Not A Vacation” To Roll Up On Golf Club Wedding In Golf Cart