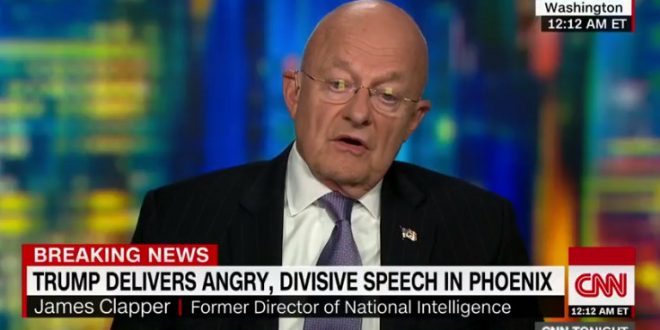 The former Director of National Intelligence blasted President Trump’s speech during an Arizona rally late Tuesday and raised questions about Trump’s fitness for office. “I don’t know when I’ve listened and watched something like this from a president that I found more disturbing,” James Clapper said during a interview on CNN.

“Having some understanding of the levers of power that are available to a president if he chooses to exercise them, I found this downright scary and disturbing.” Clapper was pressed on whether he questions Trump’s fitness for office. “I really question … his fitness to be in this office,” Clapper said.