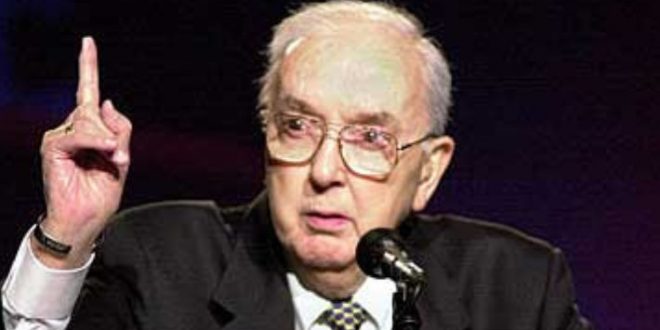 Democratic US House Rep. G.K. Butterfield wants to rename a Durham post office after his late mentor, black civil rights activist John Hervey Wheeler. But according to Butterfield, two US House Republicans from his state are holding up what would normally be a routine issue because he refused to sign their bill to rename another federal building after notorious racist and homophobe Jesse Helms.

U.S. Rep. George Holding, R-N.C., and U.S. Rep. Robert Pittenger, R-N.C., won’t allow Butterfield to easily honor Wheeler, Butterfield said, because, he refused to sign a bill to name a different federal building in North Carolina after longtime U.S. Sen. Jesse Helms. Pittenger deferred comment to Holding, his spokesman Stephen Billy said, because “the building of interest,” proposed to honor Helms, “is in Congressman Holding’s district and that should be his choice.”

Efforts to reach Holding were unsuccessful. Helms was an outspoken, often polarizing, senator representing North Carolina from 1973 to 2003. “Senator Jesse Helms was repugnant,” Butterfield said. “He demonstrated racist behavior and imposed on North Carolina an image that we have yet to recover from.” When Butterfield was asked what the chances are of his ever signing onto a bill to name a building after Helms, he replied, “Less than zero.”

Nine years ago on the day that Helms died, I posted a few of his most memorable quotes:

– On threatening the life of a sitting president: “Mr. Clinton better watch out if he comes down here. He’d better have a bodyguard.”

– On gays and AIDS: “It’s their deliberate, disgusting, revolting conduct that is responsible for the disease”

– On equality: “I’ve been portrayed as a caveman by some. That’s not true. I’m a conservative progressive, and that means I think all men are equal, be they slants, beaners, or niggers.”

– On education: “Your tax dollars are being used to pay for grade-school classes that teach our children that cannibalism, wife-swapping and murder of infants and the elderly are acceptable behavior.”

– On civil rights: “The Negro cannot count forever on the kind of restraint that’s thus far left him free to clog the streets, disrupt traffic, and interfere with other men’s rights.”

– On journalists: “The New York Times and Washington Post are both infested with homosexuals themselves. Just about every person down there is a homosexual or lesbian.”

– On the Duke University students upset by Martin Luther King’s assassination: “They should ask their parents if it would be all right for their son or daughter to marry a Negro.”