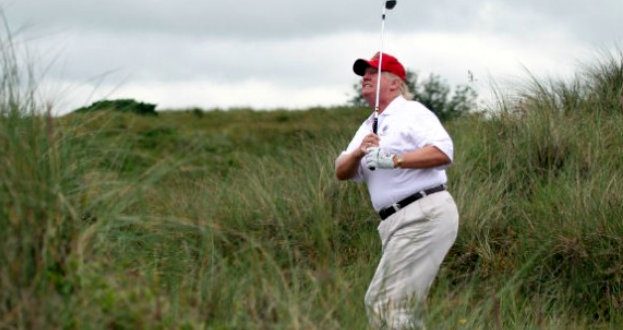 As President Donald Trump spends much of August at his New Jersey golf club, Democratic lawmakers are making a new push for information about how much money the federal government is spending at his for-profit properties. Democrats on the House Oversight Committee on Tuesday asked departments to hand over information about their Trump-related spending by Aug. 25.

“The American people deserve to know how their tax dollars are spent, including the amount of federal funds that are being provided to private businesses owned by the president and the purposes of these expenditures,” reads the lawmakers’ letter to Elaine Duke, the acting secretary of the Department of Homeland Security. The lawmakers sent similar requests to all Cabinet secretaries.

Their request seeks documents about any payments the departments made to the Trump Organization or any business in which the Trump organization has an ownership stake. Trump hasn’t shied away from his homes away from the White House. He’s visited his own properties 48 times since his inauguration, including a dozen overnight stays such as the one he’s on now, according to an Associated Press tally.