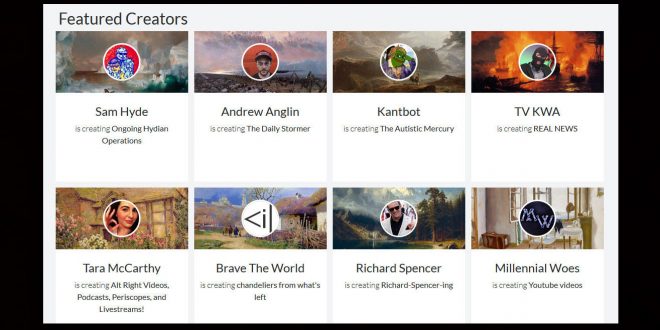 Finding funding on the internet is hard—especially if your ideas are despised by almost everyone. Just ask members of the alt-right, the pro-Donald Trump white nationalist movement that received considerable attention during the 2016 presidential election. These guys often get barred from online funding platforms like Patreon, GoFundMe and PayPal.

Enter Hatreon, a new crowdfunding service. Like Patreon, Hatreon allows users to donate money to their favorite internet personalities, while the website takes a small cut. But Hatreon doesn’t have any “hate speech” restrictions. Which is perhaps why it’s attracted controversial figures such as alt-right leader Richard Spencer and Andrew Anglin, founder of neo-Nazi news site The Daily Stormer.

In past, most #whitesupremacist versions of soc media sites failed. What will happen in “new era,” anybody’s guess. https://t.co/ecsIi48DdL

Meet Hatreon, the new favorite website of the Alt-Right https://t.co/w5mKVJ0p8C

I’ve been accepted onto Hatreon. Best day of my life. https://t.co/ti2oK2WvxV