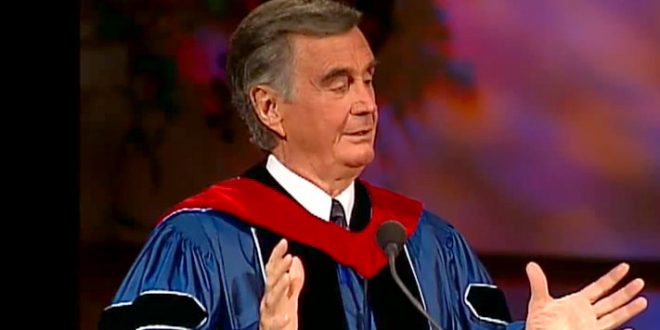 The lawsuit alleges, among other things, that the SPLC illegally trafficked in false and misleading descriptions of the services offered by DJKM and committed defamation against DJKM arising from the publication and distribution of false information that libels the ministry’s reputation and subjects the ministry to disgrace, ridicule, odium, and contempt in the estimation of the public.

In a statement released today, Dr. Wright said: “We embarked today on a journey to right a terrible wrong. Those who knowingly label Christian ministries as ‘hate’ groups, solely for subscribing to the historic Christian faith, are either woefully uninformed or willfully deceitful. In the case of the Southern Poverty Law Center, our lawsuit alleges the latter.”

Wright went on to say: “These false and illegal characterizations have a chilling effect on the free exercise of religion and on religious free speech for all people of faith. After having given the SPLC an opportunity to retract, we have undertaken this legal action, seeking a trial by a jury of our peers, to preserve our own rights under the law and to defend the religious free speech rights of all Americans.”

The hate designations already have prompted a lawsuit by Liberty Counsel against Guidestar. And several organizations, including the Alliance Defending Freedom, have demanded broadcasters retract reports quoting SPLC’s hate designations. The case seeks an award for “special harms from the SPLC” over the groups’ rejection by the AmazonSmile program due to the hate designations. It asks the same from GuideStar and Amazon.

When an employee tried to register the ministry with the AmazonSmile program, he was rejected. “We rely on the Southern Poverty Law Center to determine which charities are in ineligible categories,” the employee was told. The brief also explains that GuideStar apparently provided Amazon with the SPLC’s “hate” designation for Kennedy Ministries.

The litigant’s founder, D. James Kennedy [photo above], croaked in 2007. Here’s some of what I wrote on that day:

Kennedy was one of the most notorious rabidly anti-gay fundamentalists in the nation, regularly ranting against gay rights in his weekly tv and radio shows, which reached millions. In 2004, he co-wrote a book called, What’s Wrong With Same-Sex Marriage? Kennedy also produced a television documentary which claimed that Charles Darwin’s theory of evolution influenced Adolf Hitler and caused the Holocaust. Two months ago, Kennedy sent 33,000 petitions to Congress to fight the Matthew Shepard Act.