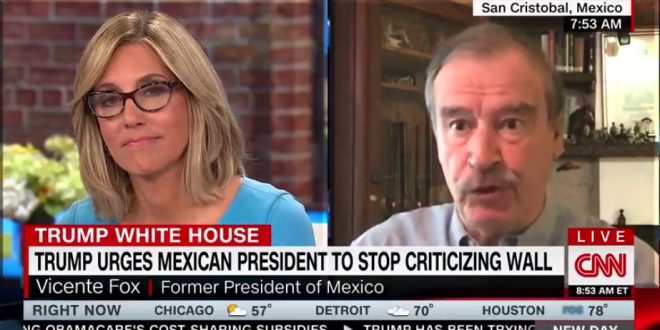 This was not the first he’s done this:

In an interview on CNN this morning, former Mexican President Vicente Fox ended up dropping an F-bomb while speaking to CNN host Alisyn Camerota, much to the consternation of the anchor. Discussing the recently leaked transcript of President Donald Trump’s January phone call with Mexican President Enrique Pena Nieto and their conversation about the Mexican border wall, Fox repeated a phrase he had stated numerous times in the past. “Well, you can use my words — we’ll never pay for that fucking wall,” he stated.