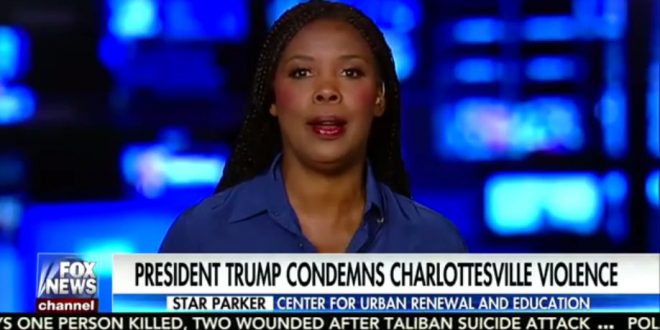 According to right wing nutjob Star Parker, the Confederate flag and the rainbow flag both stand for “exactly the same thing.” No, really.

The HuffPost has the quote:

“But you know what’s really interesting and really incredibly ironic here is the same people that are demanding that the Confederate flag comes down are the same people that are insisting that the rainbow flag goes up. These two flags represent the exact same thing. That certain people groups are not welcome here. So if Nancy Pelosi wants to say that we’re going to start shutting down First Amendment rights of a certain group of people, then what happens the next time that the homosexuals want to walk through an American city and protest and counter protesters come out?”