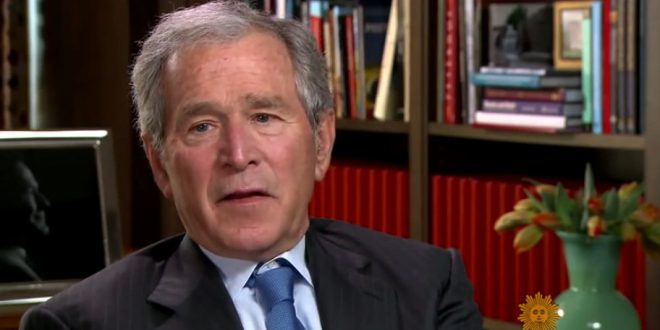 Former Presidents Bush I and Bush II React To Trump: America Must Always Reject Racial Hatred In All Forms

Former presidents George H. W. Bush and George W. Bush released Wednesday a joint statement condemning the hatred that was at the heart of the violent clashes in Charlottesville, Va., over the weekend.

“America must always reject racial bigotry, anti-Semitism and hatred in all forms,” the father and son said in their statement. “As we pray for Charlottesville, we are reminded of the fundamental truths recorded by that city’s most prominent citizen in the Declaration of Independence: We are all created equal and endowed by our Creator with unalienable rights. We know these truths to be everlasting because we have seen the decency and greatness of our country.”

The statement from the Bushes comes a day after President Trump gave a combative defense of right-wing white nationalists who gathered in Charlottesville. While answering questions at Trump Tower, he charged that the “alt-left” was just as much to blame for the violence clashes that led to the death of one woman. He also said there were “very fine people on both sides.”