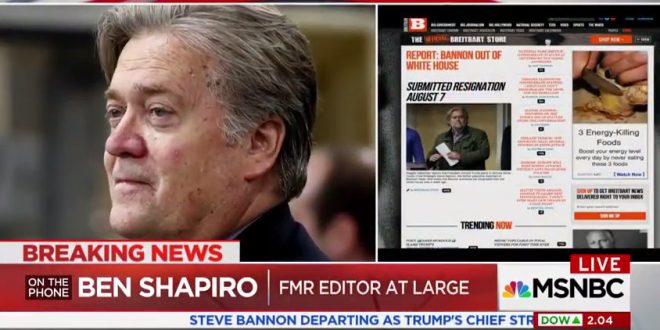 Ben Shapiro, the conservative writer and former editor-at-large at Breitbart, appeared on MSNBC to give some insights into the firing of Steve Bannon and reports the White House chief strategist is set to return to the rightwing website he once chaired.

Shapiro argued that Bannon’s return to Breitbart shows that battle lines are being drawn between establishment officials in the White House and those who believe “Bannon was ousted because the globalists took control of the Trump administration.”

“That Trump has betrayed his base, and that Bannon is the actual real leader of the populist, nationalist alt-right movement,” Shapiro continued. “Bannon is a super ambitious, deeply vengeful guy.”